Can be Attracted on Metal

Hurry up! Sale Ends in Got to play with this handheld Gimbal camera. What a treat! If you guys have been wanting a portable action camera with built in Gimbal this one is great! I was already looking at other small action cams including GoPro Hero 10 (I owned the original 1st GoPro) and the insta360. I already had a gimbal for my iPhone, but those get kind of bulky, and I am someone who always needs access to my phone to check apps and messages, and I can’t have my battery drained from filming. I love how the camera fits nice and snug in your palm. The video and photos turned out great. I plan to make this mx go to travel video camera on trips. I guess this is the company’s 2nd version. I never heard of them but I guess they were able to improve a few things. The field of vision of the camera is now 130 degrees up from 120 degrees on the old version which helps you get fuller shots and fun panoramic Cinema style videos. There is higher 12 megapixel count now VS 8.5 MP before and now has 4X digital zoom. The housing is solid probably aluminum, it is said to be magnetic, but I am not sure how that is supposed to be used… There is now also a built-in speaker that aids in menu selection and video playback. The controls are fairly straightforward, the controls and buttons are on the joystick with a small touch screen LCD that allows you to adjust your choice of settings. I found playing with it on your own was probably quicker than reading the manual. It comes with a plastic protective case, and hand strap. The only thing missing is a micro-SD card. Charing is through a USB-C wire that comes with it. There is also a Feiyu app, that allows you to control the camera with your smart phone but I didn’t need it that much. I see there are adapters you can purchase like extension rods, and tripod stands.

THE THINGS I LIKED:
Portability
Smooth 3 axis gimbal
Saving the batter of my smart phone
Wide angle 130-degree lens
Easy to use controls

THE THINGS THST COULD BE BETTER:
Should come with a Micro SD card
Wish it had a bigger LCD.
Wish it was a little waterproof

Who knows maybe these will be taken care of version 3! 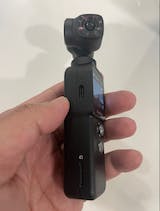 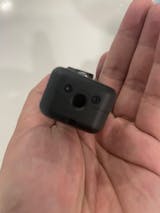 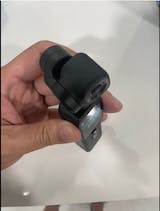 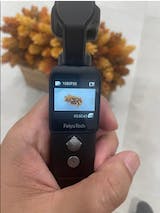 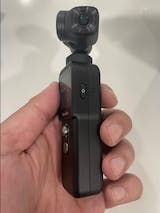 Its so nice to have a gimbal you dont have to balance before use. Its pretty much charge and use. I got this for behind the scenes on location and youtube, so it can cover the scenes and possibly track me around when in frame. The stabilation works good. So far its been a good experience. 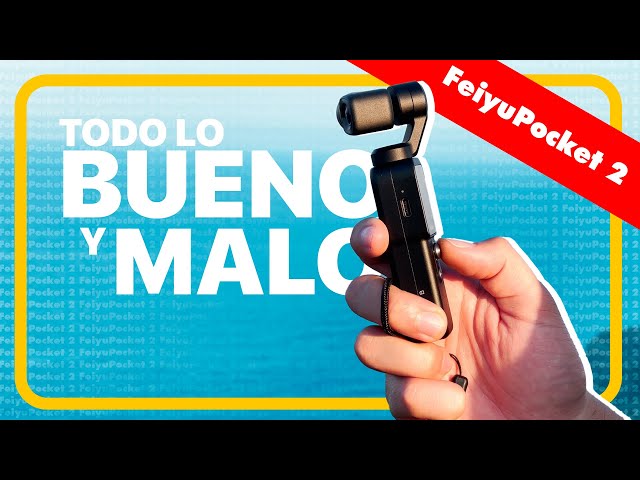 This is a really nifty gadget! It stays extremely stable all the time and has multiple modes and frame rates to pick from. The photo and video quality is nice and crisp with the only downside being the controls take some time to get adjusted to and the speaker quality being pretty muffled but once you figure out all the quirks and extra features this camera has its quite the hidden gem!
The touch screen is fairly good, as good as I think it can be for a tiny screen and the battery life so far has been great! Construction quality is also strong with it surviving the few falls it’s taken so far with no visible damage! Overall I think this is a great handheld gimbal camera, it keeps you in focus and does a good job at it too, with ultra smooth video!

T
TechUtopia
Many, many options and features. Great app. A bit of a learning curve. Super compact.

I have both the Pocket 2 and Pocket 2S. I'll start with the differences:

- The 2S has a three foot cord between the base and gimbal. Because of this, it also has a "car mode" since the gimbal can be magnetically mounted on your vehicle while the base stays inside the car. Just remember that it's not weatherproof.
- The 2S has an HDMI out near the base. The 2 does not have HDMI out.
- The 2S has no tripod mount hole on the base. The 2 DOES have a tripod mount hole and a lanyard slot.
- The 2S has a magnetic base on the gimbal. Since the Pocket 2 gimbal is not removable, it has no magnet.
- Storage: The 2S has a pouch. The 2 has a form-fitting sleeve.
- Accessories: The 2S has a magnetic base to mount the gimbal (without the base) to a tripod and a clip for the base. This clip can be attached to the included strap. The 2 has none of those, but does include a lanyard. Both have a USB-C charging cable. The cable spool on the 2S can also be removed.

In other words, the main differences are the cable, removable gimbal, one menu option, HDMI port and mounts.

Video quality is decent. We're talking a really small sensor - one of the smallest available, but it still does a good job. With this unit being so small (It can hide behind a couple of cigars), there's no room for a big sensor. Plus they've done a lot with the available functions. Formats are MOV or MP4.

It will take some time to try all these options and perfect your settings. Video in various resolutions, quality and FPS. Various timelapse modes. Various panoramic modes (but you need to stitch them yourself.) Several gimbal modes. Plus you can go manual and change ISO and exposure compensation. ​It's all accessible with the touch screen, but you need really good eyes. Everything is teeny and you can't change menu colors. For example, much of the text is white. If you're shooting on the snow menu text impossible to see. I need to point the lens at a dark area to see the text. If you use the app it's easier - especially when doing motion time lapses.

Audio quality is typical sports camera. If you want really good audio, use a seperate audio recorder. Hopefully there's an external mic on the horizon.

The gimbal will run while being charged, so you can plug this into an outlet or battery pack. A high speed card is required - U3 if you want to shoot 4K. 2K or under a slower card is OK. The camera will warn you if the card is not fast enough when you try to shoot a video.

The bad: Defaults are not optimal and I found that sometimes the changes I made were gone on the next powerup. The mic is a pinhole on the face near the bottom. I've covered it with my palm more than once.

Photos: There's a screen grab of the video details, a photo comparing the 2 and 2S bases, two panoramic examples, a timelapse video and the sleeve.

What are the dimensions of the Feiyu Pocket 2?

How much does the Feiyu Pocket 2 weight?

It weights 127g (with built-in battery but without other accessories).

What are the dimensions of the Feiyu Pocket 2?

How much does the Feiyu Pocket 2 weight?

It weights 127g (with built-in battery but without other accessories).

$359.00
Shop
Filter
0Wishlist
0Cart
Account
Search
0Compare
Subscribe to our newsletters and don’t miss new arrivals, the latest fashion updates and our promotions.
Your Information will never be shared with any third party.